In a year where people have come to expect the unexpected, comedy podcasts can provide a welcome respite with laughter and lighthearted listening.

Spotify has three new podcasts for those looking for their next dose of humor. Read on for a little about each one, as well as a short Q&A with the creators, guests, and hosts who are responsible for the laughs. Get ready to chuckle. 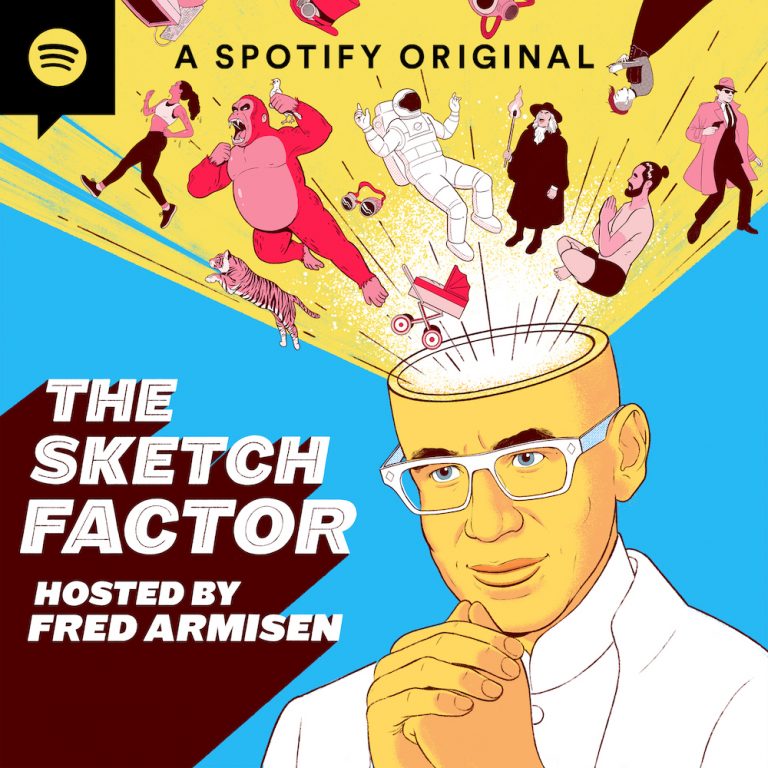 The Sketch Factor is a scripted sketch comedy podcast produced by Radio Point, and hosted by Fred Armisen, who’s known for his work on the television shows Portlandia and Documentary Now! In this series, Armisen plays Xandor Szavost, an inventor, philanthropist, and billionaire who is using his fortune to finance a sketch comedy competition for his own amusement. At three to five minutes each, episodes are short and perfect for a quick comedy hit. For the Record caught up with the show’s cast member and comedian, Seaton Smith.

Seaton: God, I hate pranks. One time I was late to a show, and my friend and his girl got there early and were bored. So, as a prank, he had his girlfriend call me and tell me that he started a fight with the bouncer and the police were there holding him down, and I had to hurry up and get there. It WAS funny. It just wasn’t the easiest thing to laugh at.

Seaton: Comedy you just listen to is fun because it hits you differently. Visually, I need all of your attention, and if I lose your attention for a second, then the comedy is hurt. But with audio, you can go do other things and still be all into it. It’s like we’re in your mind as you go about your day. 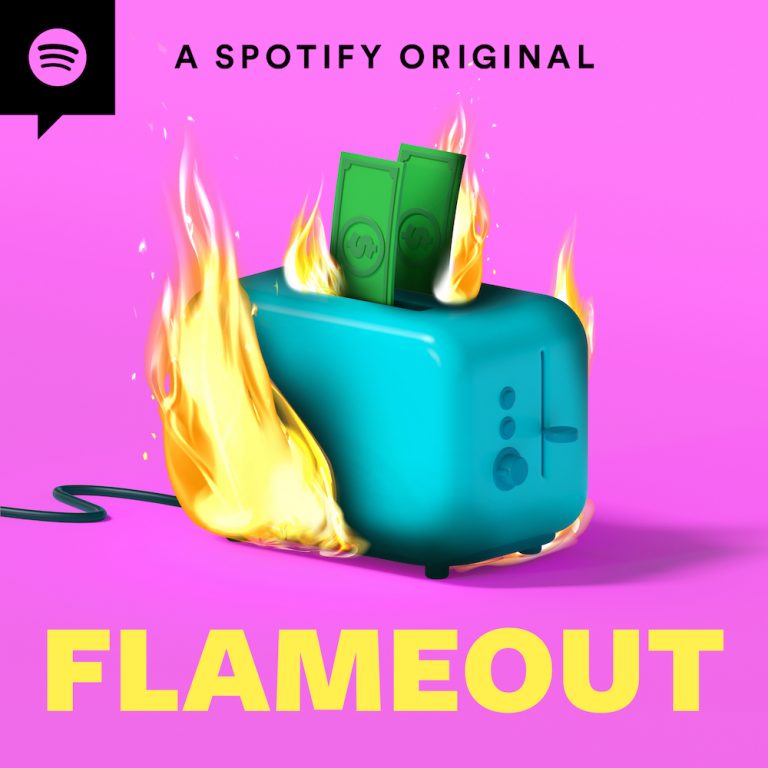 The podcast Flameout, produced by Treefort Media, brings together comedians to unravel the biggest business success stories gone wrong. The stories feature insider interviews and juicy revelations that include comedic and unfiltered opinions on the business flameouts. We chatted with Michael Ian Black, Baron Vaughn, Atsuko Okatsuka, and Abbi Crutchfield, who all take a turn as show hosts.

Why do you think comedy has been so important over the last year?

Abbi: Comedy has been a release valve for all of my pent-up frustration—fear, anger, despair—during the past year. It wasn’t easy to adjust to virtual performances, but it was always a relief to do a show and connect with people. I thought it might be the new way for everyone to enjoy comedy (So convenient! No commute! No drunken fights!), but now with the vaccine, it seems more like a dystopian version of comedy. There is no substitute for live performance, as Milli Vanilli will tell you.

Atsuko: I’ve never been a part of an April Fools’ prank because that would insinuate I had friends. Ha—it’s okay I’ve coped with it. Instead, I’ve been the subject of an April Fools’ prank, where a bunch of rich popular girls from school put shaving cream all over my car and wrapped it up with toilet paper. My car was parked in front of my uncle’s house. Because I was living in his garage. As an undocumented kid. Yay America!

Baron: Listening to someone without seeing the speaker or any other visual component requires an entirely different level of focus. Not relying on visual cues means tuning into things like tone, inflection, and rhythm. You get a different sense of how someone talks. Those are things that are usually natural, but there are ways to play with that with intention. That, however, is for another April Fools’. 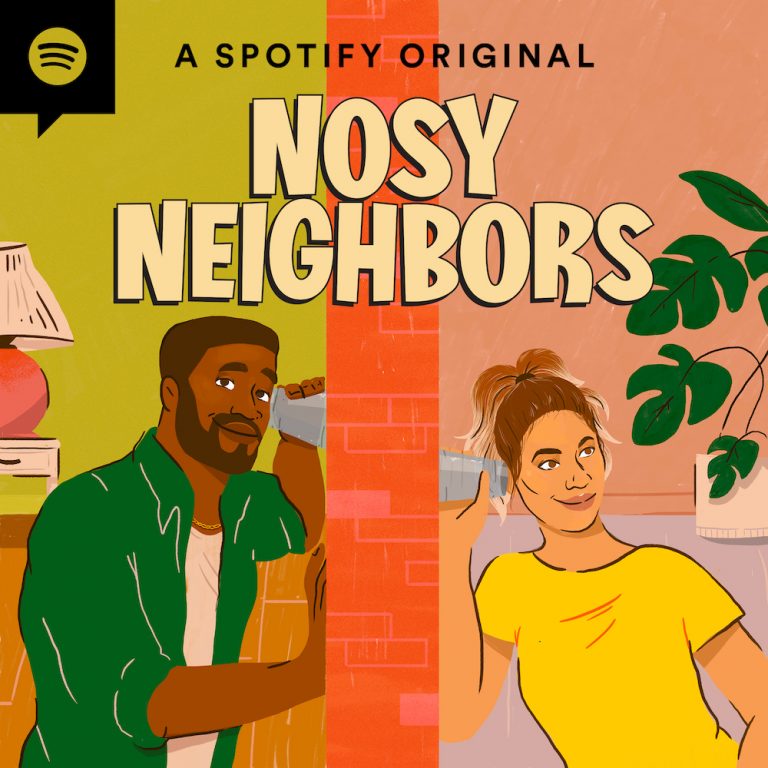 Nosy Neighbors is a new podcast featuring comedians Candice Thompson (previously a writer/correspondent on Lights Out with David Spade) and Chinedu Unaka (who will be featured on the upcoming season of Insecure). In each episode, the cohosts highlight the wildest neighbor stories of the week, dissecting and analyzing those involved, settling disputes, unpacking petty posts on local forums, and celebrating good neighborly behavior. The series includes call-ins from fellow comedians who share their own tales of notable neighbors. Both Candice and Chinedu answered a few questions for us.

Why do you think comedy has been so important over the last year?

Candice: Man . . . comedy should’ve made it onto Time Magazine’s Most Influential People of the Year list for 2020. We all would have lost our minds without it. Every comedian was an essential worker last year. Putting out online content became something I know I started doing more of to entertain other people, because I know they were looking for literally any reason to laugh, but I also did it for my own sanity. I had always thought of comedy as a career, but last year it felt like it became a charitable donation. I’m going to see if I can write it off on my taxes.

Candice: I’ve never been a huge prank person, but I do recall being on the receiving end of a prank in college when my best friend told me he’d gotten someone pregnant. We were so “ride or die” I was mentally preparing to drop out of college to help him raise the baby. I was like, “I can learn to breastfeed. How hard can it be?” That prank was stressful.

Chinedu: Me and my college friend Anthony bought a bunch of bike locks and locked everyone in our dormitory’s bikes together early morning before their classes. We locked our own bikes up in the mess too—because we’re not amateurs.

Chinedu: Pajamas. You can be in your pajamas, it’s lovely.