The holiday season is filled with festive modern hits from Mariah Carey and Michael Bublé, but when it comes to wintertime magic and timelessness, The Nutcracker ballet often takes center stage. With compositions like “Dance of the Sugar Plum Fairy” and “Waltz of the Snowflakes,” composer Pyotr Ilyich Tchaikovsky made his mark, and the streams show it. Tchaikovsky, who is behind both The Nutcracker and Swan Lake, is the most popular Russian artist among Spotify listeners outside of Russia, with a monthly audience of 5.1 million worldwide.

Tchaikovsky’s use of rhythm and melody and his mastery of compositional technique are hallmarks of his work, which remains relevant 150 years later. Today, more than 100 playlists of his compositions are available on Spotify.

To celebrate the musician, we curated a special playlist, “This is Tchaikovsky,” that showcases some of his popular works. Spotify also commemorated the moment by featuring the playlist cover of Tchaikovsky on a billboard in New York City’s Times Square—a first for any Russian artist. 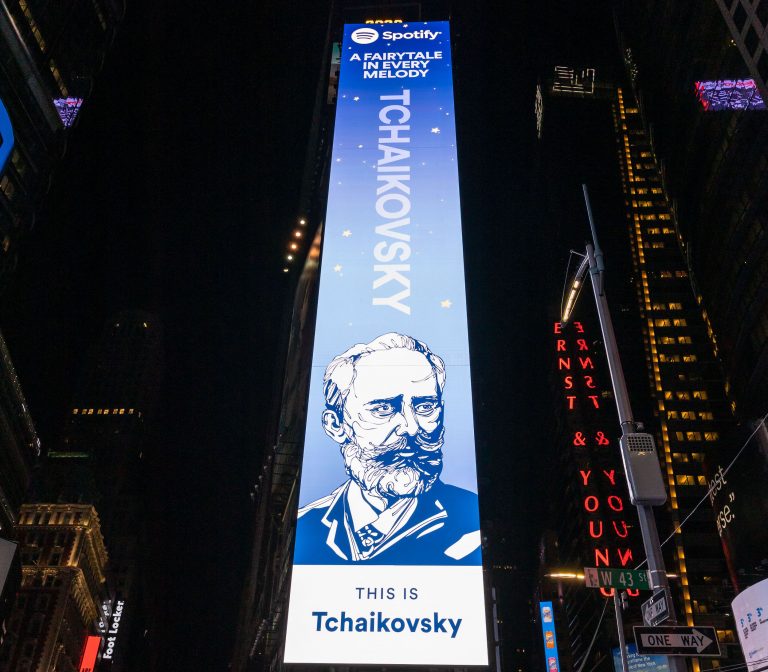 Revisit Tchaikovsky’s classics with his top five most-listened to tracks on Spotify:

Can’t get enough of the timeless composer? Stream “This is Tchaikovsky” below.

Composer Terence Blanchard Riffs on Music in Spike Lee Movies, from ‘Do the Right Thing’ to His Latest Joint, ‘Da 5 Bloods’