Don’t call rising Canadian country phenom Colter Wall a cowboy. “To me it’s kind of a sacred title,” he says. But he’s a lot closer to it than many of today’s country singers. He grew up in cowboy country, steeped in the lifestyle’s lore, and he’s even a cattle owner. Still, he maintains, “I think you can only call yourself a cowboy if that’s your full-time occupation.”

For the last few years, Wall’s been too busy touring to devote his full attention to anything else, but he was compelled to fill his second album, Songs of the Plains, with cowboy tales. The closest anybody in Nashville ever comes to tales of the trails is singing about rodeos and barbecues, and Wall is weary of it. “The public awareness of that whole element of country music history has been kind of muddled,” he says, “and people just aren’t as aware of it as they used to be. I was talking to somebody the other day and explaining why Stetson hats and cowboy boots and pearl snap shirts are called Western wear…I had to explain that.”

Nobody ever needed to explain western wear to Wall, who was raised in Swift Current, Saskatchewan. “It’s predominantly cattle country,” he explains. “My last full time gig I had before I started playing music for a living was working cows with my cousin on a thousand-head cattle ranch.”

But the man who pledges allegiance to the sounds of the saddle started out as a hard rocker. “The first songs I learned to play were all Sabbath and Zeppelin and AC/DC,” reports Wall. “Country music was what the folks listened to, so as a 13 year old, it was like, ‘Wow, that’s lame, I want to learn rock ‘n’ roll.'” Eventually he came full circle, tracing classic rock’s influences back to the blues, and finding his way from there to folk and old-school country.

In 2015, just a few weeks shy of his 20th birthday, the precocious Wall released his debut EP, Imaginary Appalachia. It showcased his spartan folk/country style, based around his own acoustic guitar picking and his old-fashioned voice. Blessed with a burly, bottomless baritone that could easily belong to someone decades older, Wall came across from the start as an old soul inhabiting the body of a millennial. Once the EP’s opening track, “Sleeping on the Blacktop,” was featured  in the Oscar-winning film Three Billboards Outside Ebbing, Missouri, Wall began blowing up.

Wall’s praises were emphatically sung by Steve Earle and Rick Rubin. The latter became so enamored with Wall’s work that he signed him to a publishing deal. Even now, Wall seems stunned by it. “Traveling to L.A. and meeting him was very surreal,” he remembers of his initial Rubin encounter. “I brought my guitar and played him some songs I was working on at the time, and he sat there with his legs folded in the middle of the floor, closed his eyes and listened.” 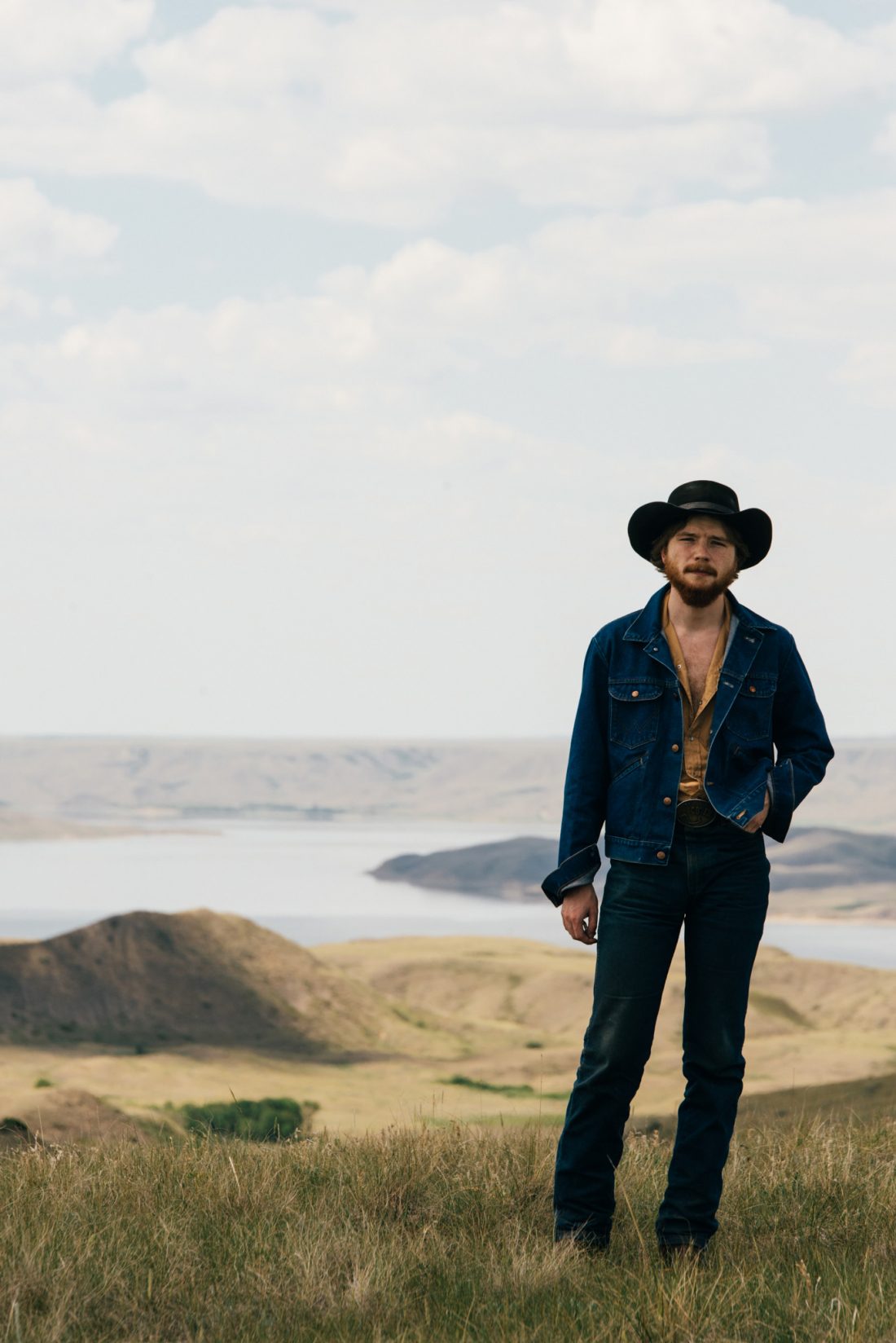 Listening to Songs of the Plains, it seems likely that Rubin heard in Wall the same sort of spirit that was at the center of the uber-producer’s legendary American Recordings sessions with Johnny Cash in the mid ’90s: A solitary man immersed in musical tradition, armed with an acoustic guitar and a growly, gravitas-laden voice, finding his place on the North American country/folk continuum.

Like that august album, Songs of the Plains shifts seamlessly between original tunes, traditional fare, and some songs by simpatico artists that  all come together to form a narrative about life on the plains. On tunes like “The Trains Are Gone” and “Wild Bill Hicock,” Wall the history nerd emerges. The former comes from his reading about the history of the Canadian Pacific Railway. “The rail lines and trains are really what connected this part of the world to the East,” he says.  “That whole importance of trains is kind of lost.”

Similarly, “Wild Bill Hicock” comes from Wall’s study of the Old West icon. “I knew that I wanted a proper gunfighter ballad somewhere on the record,” he explains. “There’s a ton of songs that were written about Billy the Kid and John Wesley Hardin, but not a lot of people ever wrote about Wild Bill.” Hicock was a folk hero of the plains, imbued with a mystique that crosses over into Canadian cowboy culture. 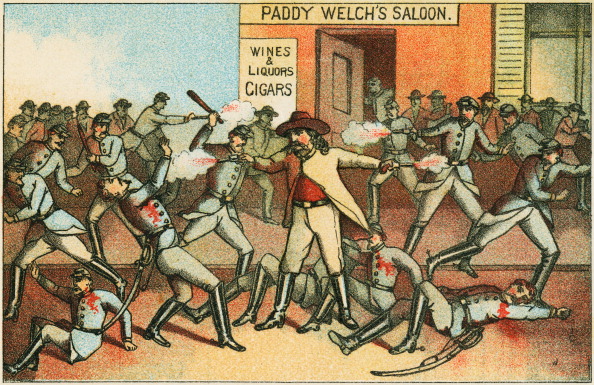 Developing a real feel for another era appealed to Wall’s passion for anachronism.

“I like writing period pieces,” he confirms, “and being able to delve into that kind of language. People spoke differently in the days of Wild Bill, people had this sort of flowery way of speaking that’s really quite beautiful. That’s a good challenge as a songwriter, to try to tap into that as best I could.” As an example, on “Wild Bill Hicock” alone, Wall uses  terms like “pistoleer” and “ill-agree.”

But if you’re really after an antique feel it’s easiest to go straight to the source, which Wall does on a few tunes. “Calgary Round-Up” is an old trail song first cut by Canadian country singer/songwriter Wilf Carter in 1934, and “Night Herding Song” comes straight from the cowboys, a traditional song that’s been recorded by everybody from Tex Ritter to Ramblin’ Jack Elliott.

Meanwhile, tracks like the Wall-penned “Manitoba Man” steer clear of anachronism, maintaining a timeless feel that works just as well now as it would have in Wilf Carter’s day. The dark, minor key tune bears a Townes Van Zandt influence and is one of the most personal cuts on the album. “I wasn’t sure whether I should put that one on the record,” Wall hesitates. “That’s just a little part of my life at one point when I was going to see this guy from Manitoba quite a bit to buy various substances that would alter my mood. It’s a sad bastard song is really what it is.”

Wall’s ability to transcend time is what helps him meld the modern and the antiquated, making everything on Songs of the Plains feel like part of the same tapestry. “As much as I love that old language and old music,” Wall says. “You keep that stuff alive by finding a way to reiterate all the stuff that makes those old tunes great and retell them in a modern style.”

The Eternal Optimism (and Existential Angst) of Dave Matthews