With their 1993 debut album, “Enter the Wu-Tang,” the Wu-Tang Clan stormed onto the hip-hop scene with an aggressive message and a soulful sound. They grew up in crack-era New York City, a time and place of widespread suffering and even wider public indifference, with the soul records of the 1960s and ‘70s ringing in their ears. Songs like Booker T. & the M.G.’s “Children, Don’t Get Weary” and Gladys Knight & The Pips’ “I Feel A Song (In My Heart)” promoted peace, positivity, tenderness, and love from their stereo speakers, as violence, discord, and hopelessness spread like tenement fires outside their windows. Out of this surreal and jarring clash, the Wu-Tang built their world.

It was a grimy and mesmerizing one, purposefully dark and dense with inscrutable symbols. They spoke their own language, re-christened their home boroughs (Staten Island became “Shaolin”), and lived by their own mythology, borrowed heavily from kung fu films and Sun Tzu’s The Art of War. For their name, they took inspiration from the Chinese swordsmen of Wudang Mountain, who sought to anticipate their enemies’ movements before they made them. They weren’t a brotherhood. They were a swarm of killer bees.

In 1993, the group was busy pushing copies of their underground hit single “Protect Ya Neck” out of vans when RZA negotiated a historic contract with Loud Records, one that allowed each individual member to sign with rival labels for their solo records. The Wu’s first release for Loud, “Enter the Wu-Tang”, was an enormous success and pushed the band up from hip-hop’s underground scene and into the mainstream. This leap, from underground to mainstream, was amorphous at the time, and the Wu-Tang helped shape what it would look, sound, and feel like. It would feel like a hostile takeover, a regime change. “PLO-style,” the man calling himself Ghostface yelled at the outset of the album. 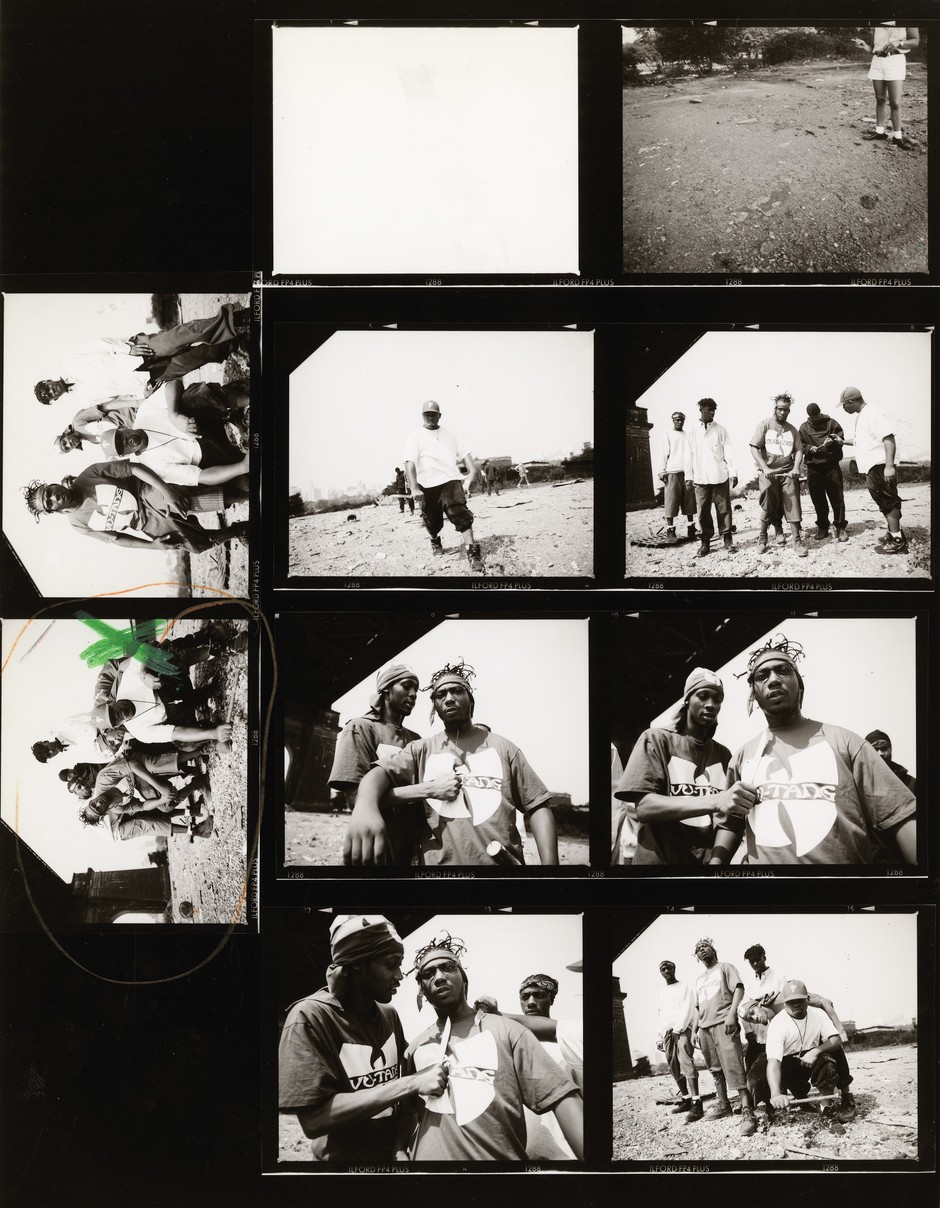 The Wu might have signed to multiple major labels, but they were “rugged,” “rough,” “raw.” They wanted to look unpolished, unpredictable, unprepared, when in fact they had planned their strategy far in advance — “If y’all give me five years of your life, I promise in five years I’m gonna take us to the top,” RZA told them. In this strategy, they were again turning to kung fu movies by taking a page from the Drunken Master, who throws his opponents off by seeming foolish and erratic.

RZA was not, strictly speaking, the leader of this fractious group, but the vision for their total takeover was his, and, most crucially, so was the group’s sound. He was something completely new to rap: a sonic mastermind who wasn’t fussy about fidelity. Over on the West Coast, Dr. Dre polished every corner of his records until they gleamed like a brand-new Bentley. Sit back, relax, and take this ride, Dre commanded. Sitting back and relaxing in Wu-Tang’s world was not an option: They wanted you wild-eyed and disoriented, fight-or-flight hormones coursing through your system.

To evoke this sensation, RZA savored sounds that felt septic, rusted and roughly used. If that meant he had to take a pristine piece of symphonic soul like The Intruders’ “Cowboys to Girls” and brutalize it until it sounded like it was spilling out of a turned-over garbage can, so be it. (You can hear the result in the sonic melee of “Protect Ya Neck.”) His drum hits sounded like backfiring cars. Tellingly, it was soul music that received the roughest treatment in his hands—it was too beautiful, perhaps, to exist in Shaolin on its own. 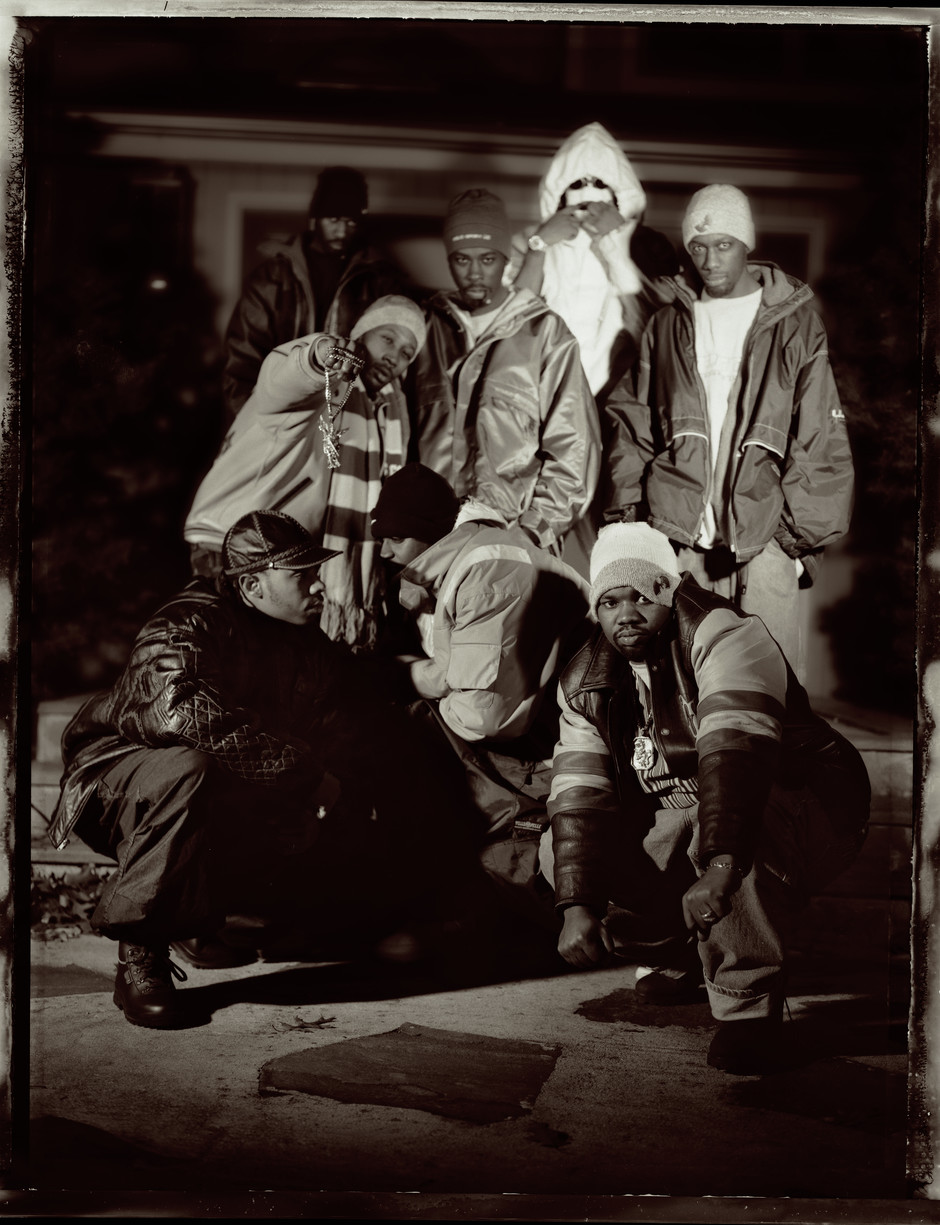 The nine MCs each had a distinct style but the group’s larger vision remained pure—to detail an existence ruled by desperation and determination, full of heartbreaks and defeats. Raekwon’s opening verse on the iconic “C.R.E.A.M.” recalls a life of small-time crime, “sticking up white boys in ball courts.” The result? “My life got no better.”

RZA built the beat for “C.R.E.A.M.” from a sample of The Charmels’ Stax/Volt girl group song “As Long As I’ve Got You,” a forgotten almost-hit from 1967. In RZA’s hands, the lovestruck source song was just another broken dream. He snatched up its first two seconds in his sampler and laid those piano notes underneath the track like glass shards crunching under Raekwon’s feet. Nothing in the song is larger-than-life or glamorous. Inspectah Deck opens his verse yelling that it has been “twenty-two long hard years, and I’m still struggling.” Compare that to the cool, laid-back tracks contemporaries like Snoop Dogg were releasing at the time.

The record’s massive, earth-shaking tremors influenced everything that followed. It’s rare that you can say this sort of thing about an album without hyperbole, but “Enter The Wu-Tang” was truly seismic. Before its release, New York rap was drifting into softer, neater, jazzier circles, receding from the national stage while Dr. Dre and Snoop Dogg’s G-Funk conquered the country. “Enter The Wu-Tang” rescued New York rap back from obscurity and revolutionized its aesthetic. Now it was dark, frenetic, intricate and full of threats both veiled and open. In the merciless way of hip-hop, every other New York rap record of the time instantly felt pat, tame, and outdated by comparison.

If a pop cultural moment hits with just enough force, at the exact right time, it will inscribe itself so deeply into our minds that it will keep on shocking people, over and over again, as the years mount. Think of Miles Davis’s “Kind of Blue”; think of Led Zeppelin’s first LP. “Enter The Wu-Tang” was so monumental upon release that it now lies in wait, ready for each new generation of converts to come its way.

Whether it’s your first or fortieth experience, listen to and celebrate the legendary album, “Enter the Wu-Tang, today.

Watch Stretch and Bobbito Discuss Their Journey From Radio to Podcast

Meet The Lil’ Artists Holding It Down on Spotify